Time passed differently when one had no idea if it was night or day, whether it had been hours or days.  All she knew was that she had been here for what seemed like an eternity.  Part of her wanted to feel lucky that John was here with her too but another part of her hated that he was here with her, suffering as she was.

END_OF_DOCUMENT_TOKEN_TO_BE_REPLACED

They find money can get everything a person desires.

He sat on the couch, smoking a large thick Cuban cigar.  The girl stood in front of him, naked and trembling.

The man smiled.  “Because I deemed it to be so.”

END_OF_DOCUMENT_TOKEN_TO_BE_REPLACED

She woke up slowly, feeling fingers lightly moving down her side.  She stirred slowly and then felt her hair being smoothed away from her neck and soft kisses being pressed there.  J opened her eyes slowly, taking a breath then felt a hand move from her hip to move up her stomach to her breast, cupping it then pulling at her nipple, causing her to squirm a bit, her lips parting in a soft sigh.

END_OF_DOCUMENT_TOKEN_TO_BE_REPLACED

J soon found herself very very helpless.  She was in the middle of the room, her arms bound securely to a bar that ran along the back of her shoulders, her arms out straight from her in a T position.  Her legs were pulled up and out to each side, the ropes under her legs, pulling them spread out to each side, exposing her pussy and ass.  Her hair was pulled back into a ponytail away from her face and was secured to the bar with a rope so her head could not drop forward.  He wanted her every micro-expression to be seen by those that would be entering.

END_OF_DOCUMENT_TOKEN_TO_BE_REPLACED

In the circles that he ran in, this was the party of the year.  The party that everyone waited for and hoped to be invited for.  If you were invited, you were someone.

After the car was valeted and the invitation checked at the door, J walked through the door of the house, seeing women on either side of the door like pillars, arms secured above their heads, small latex tops and bottoms on them, large red ball gags between red painted lips, their eyes covered by blindfolds.  There were straps around their necks, around their waists and around their ankles, even though they were not going far in the pointer boots that were on their feet.

END_OF_DOCUMENT_TOKEN_TO_BE_REPLACED 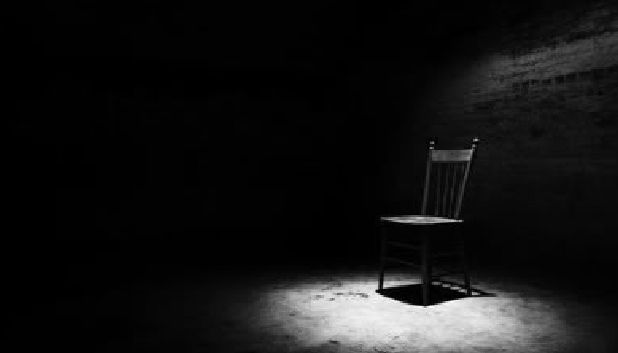 The place is a club of sorts.  Underground, quiet.  There are no markings on the unremarkable mill building.  As one looks closer they see a heavier door with a reinforced lock on it.  It is meant to keep people out…..but those that enter wonder if it is also meant to keep people in.  It is named Trapped after all.

END_OF_DOCUMENT_TOKEN_TO_BE_REPLACED

Was I on Santa’s lap?  Technically yes.

Was I making a wish?  Maybe?

Did he know what I wanted?  Yes.

Did he know what I needed?  Yes.

I cried out as his gloved hand slapped down onto my upturned bare bottom.

END_OF_DOCUMENT_TOKEN_TO_BE_REPLACED 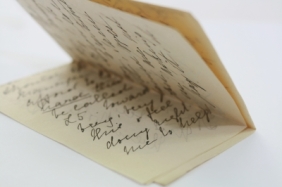 The letter was unsealed. Just folded neatly and left on the table. She was surprised at first to discover that the folded paper was indeed a letter.

When she opened it, she recognised the handwriting of Marcus, immediately. She couldn’t remember when she spoke to him the last  time or if he ever wrote a letter to her.

Marcus was the kind of person, who could just claim what he wanted, a letter was so not his style. END_OF_DOCUMENT_TOKEN_TO_BE_REPLACED

James heard her showering and walked into the bedroom, tossing his things onto the bed before glancing at the bathroom door.  He smiled a bit, picturing his wife in the shower, water sliding down her body.  He felt his cock stirring at just the thought of her.  And now, he had a few days off for Thanksgiving, Kelly had a few days off from her job as well.  Oooh they were going to have fun.

END_OF_DOCUMENT_TOKEN_TO_BE_REPLACED

Her husband was a football player.  He was 6’7, built like a wall and sexy as hell.  She was smaller, 5’1 but she held her own with him.  She was a firecracker, with an attitude that made up for her height.  For this story we shall call them Melody and Garn.

This night they had been playing around, teasing each other, taunting each other in playful ways.  Through teasing and pushing and shoving they ended up very naked and on the bed, making love.  His huge body was over her smaller one, pounding at her pussy in ways that made her scream and writhe in pleasure.  She clawed at his arms which only made him thrust harder into her, his hands gripping at her waist to keep her in place.

Once Mel had orgasmed multiple times and he braced himself over her, watching her, feeling her body clamping on his.  He rocked his hips slowly,  hearing her gasp softly.  He grinned down at her.

She looked up at him, her eyes defiant.  “I can handle anything you throw at me.”

He slid his cock out of her pussy and flipped her over onto her stomach.  She grunted then he grabbed his belt and secured her arms behind her firmly then he pushed her arms up a bit and began spanking her bottom until she was writhing and bucking, crying out with each hard slap of his hand against her now bright red bottom.  And yet he didn’t stop.  He kept going until his hand ached.

She lay there, breathing hard, unshed tears in her eyes, her ass on fire then he grabbed her hips, lifting her hips up off the bed then reached over, spreading her ass cheeks and began pushing his cock into her ass.  She cried out, groaning loudly as he continued to force his shaft deeper into her.  Her body trembled in front of him as he pushed deeper into her.

Then he reached forward, grabbing her hair, pulling her up off the bed, using her hair like reigns, one hand on her hair, one hand on her lower back and he began sliding in and out of her red ass, causing her to moan louder still.  She writhed before him, panting now then her body jerked and she came, her ass clamping tightly on his cock.

She opened her eyes slowly and looked up at him.  “Screw you…..” she said weakly.

He grinned.  “With pleasure.”  He thrust into her again, listening to her screams of mercy soon echo off the walls.  And yet no mercy was to be had.  No.  He wanted her to learn just how far he could push her.  And in that, to show her just how much she could take.

Yes, tonight there would be no mercy.

This blog is for mature readers only.